While we were having hi-tea at Cameron Highlands, I received news that DuaGu had passed away peacefully that afternoon. He was suffering from cancer.

I was worried whether I would make it for the funeral and was glad that I would. Sito and I settled the kids when we got home, and went over to pay our last respects. The next day, we brought the kids over after nap time as well - I told them beforehand who DuaGu, or 大舅公 to them, was, and how he had supported my family. I don't think they understood but hopefully, they would remember this trip when they are older, and know why I wanted them to pay their last respects too.

DuaGu was a rather quiet man. I knew him as an avid badminton player - there was a badminton setup near his coffin. My first memory of him was at the second floor of the shophouse where he laid out newspapers on the floor for me to poop on coz I couldn't use the squat toilet yet!! My adult memory of him was of a doting husband who brought his wife out to pak tor until he could no longer do it.

When my parents divorced and I went for my studies, this kind uncle of mine lent a hand financially as Mother couldn't rely on irregular alimony; I was independent with the scholarship but MZ and YQ were still in school. He continued to do so even when Mother got a job at a coffeeshop and when MZ started working. I think Mother had to tell him to stop after I came back for good. I will not forget this.

Yet, I had never thanked DuaGu properly. I only managed to do so for the first time at his altar on Monday night. I had the chance to do so again during the rites on Wednesday morning, before the cremation. Hope that counts..

Mother was saying that he probably chose the moment to go, when only ML and her husband were around. ML said it was perhaps Grams' wish as well, to go only when everyone was there. I recall a conversation with ML over messenger about our extended family, where I learnt a great deal about DuaGu as well. I can understand why Mother said that; it's probably true. 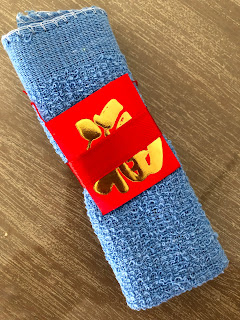 As we followed the hearse out to the main road, I happened to look up. I saw the familiar grilles along the corridors of the block. These grilles saw four generations of our family, who grew up there, had children there and whose children had children to continue dashing by those grilles. 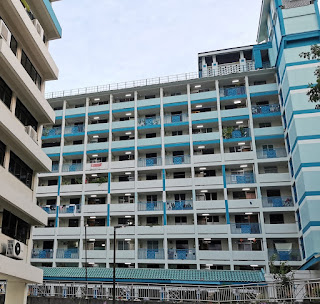 So familiar and so distant at the same time. Another reminder that all I have left are memories, memories that will stay with me and be passed on to the next generation, even though the older generations start to leave...
says mf at 10:55 pm