The other day, I went to wake Sito at 11.15 am. We ended up sitting across from each other on the bed, and trying to play 我家我家!

This is a genre of childhood games in my time that I forgot to mention in a previous post.

I have long forgotten how to play this particular games. That day, I tried very hard to remember how to determine win or loss but couldn't. I only remembered there was something about 公鸡, 母鸡 and 小鸡 :p

There are a number of such games, and they typically start with what sounds like "set set set", corresponding to the rhythmic up-down movements of both players' clasped hands , with the left palm facing up and the right palm down.

Oh, I think there's a variation of the chicken game that goes like: 我家住在大巴窑，大牌叫做 ABC，门牌叫做 do re me，我家养了三只鸡，公鸡母鸡和小鸡!

And somehow this leads to what sounds like 切! Which means it's time for scissors/paper/stone!

Then there is this super addictive game called 205. It's effectively scissors/paper/stone but with a twist. It's played by three players. If any two players show the same sign, they will go "合作愉快! 叉呀打呀!"

At "合作愉快", they'll shake hands while the third person opens up both palms. At "叉呀", it's scissors/paper/stone time and if they show different signs, they'll hit the third person's palms on "打呀"! They stop only when they show the same signs.

It hurts for everyone ok! When children hit people, they hit hard! Or maybe it's just those around me? Anyway, I found the game addictive but I never liked it much.

I tried looking for more info on these games but to no avail...

Oh, but I think I still remember how to play five stones :)

I suddenly remember finding childhood treasures in a museum store in Singapore a few years ago. I can't remember which museum it was but the store carried an old favourite of mine - bubble glue! You know, the small tube of glue-like substance that comes with a little straw to blow out bubbles? I think I have a picture of it somewhere but my portable hard disk can't be used on this laptop. In the meantime, check out this article on Super Elastic Bubble Plastic, its proper name apparently.

And then in primary school, board games and card games were all the rage. Think 飞行棋 (no, it's no chess), Old Maid, Happy Family, Uno and its variations like Snap and Heart Attack! Ah, so nostalgic!

This most resembles the pack I played with my childhood friends! 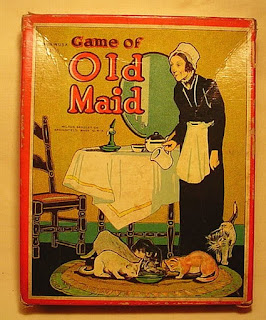 Found an article on some of these games here.